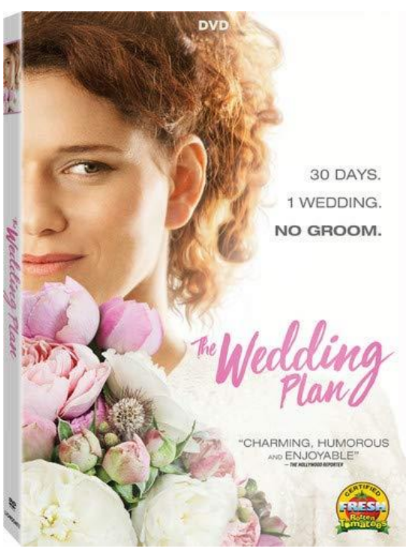 Michal (Noa Koler), a 32-year-old Orthodox Jewish woman in Jerusalem, discovers shortly before their wedding that her fiancé, Gidi (Erez Drigues), doesn’t love her. Devastated but determined, Michal decides to continue with her scheduled wedding plans—to be married on the eighth night of Hanukah, only 22 days away. Despite the lack of an apparent groom, Michal has faith that God will provide the right man at the right time. To help this plan along, Michal begins a whirlwind of one-time dates with various men, none of whom appear to be suitable. In her frantic pursuit, she relies on the support from her girlfriends and sister, conducting prayerful journeys, all the while resolute in her conviction that God will provide.

The Wedding Plan appears on the surface to be simply a light-hearted, quirky comedy, but the emotional depth of acting and decidedly upbeat theme draw the viewer into the deeper experiences of religion and culture. “At its heart, the film is a kind of mystical fairy tale whose messages of belief, endurance, family and belonging transcend its memorably specific people and setting.” (LA Times)