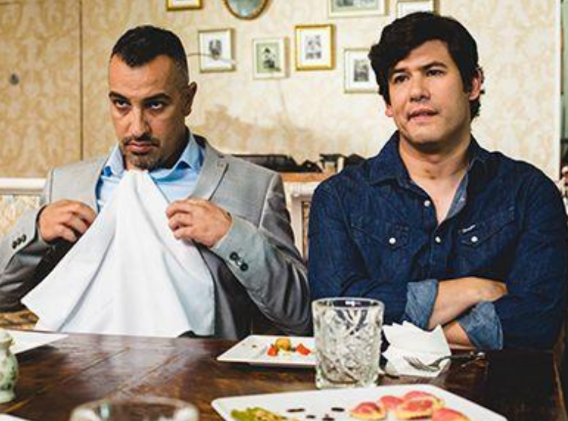 (Pronounced mok-TUBE) means “written” in Arabic, used figuratively throughout the Middle East to mean “it is fate”.

Maktub opens with a scene of thuggish violence as the two main characters, Steve and Chuma, carry out their duties as petty protection men for a Jerusalem mob. Soon after, they escape death from a restaurant bombing by their convenient, but wholly unexpected, safe position in the restaurant’s restroom. Surveying the carnage of the restaurant, they begin to suspect they were saved by divine intervention for some higher purpose.

Later, while giving thanks at the Wailing Wall for their miraculous survival, Steve discovers a written prayer that he believes they can fulfill. Believing that they may have been chosen to fulfill the prayers of many, they set about on a hilarious but heartfelt adventure to choose the benefactors of their efforts. As self-designated “angels” of God, fulfilling the prayers of others, they find themselves discovering and fulfilling their own hidden wishes.