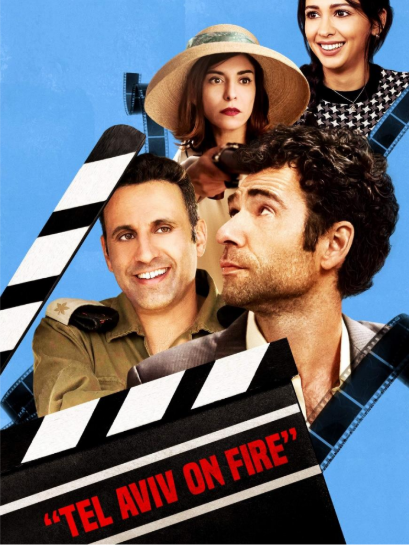 When Salam, a hapless young Palestinian man with no experience in the television business, begins work on a soap opera filmed in Ramallah, his daily commute takes him through an Israeli checkpoint and contact with an Israeli Defense Officer. When Commander Assi discovers Salam’s connection to the show—and realizing his own wife’s obsession with it—he uses his power to become Salam’s secret writing partner.

Soon Salam realizes that Assi’s ideas could get him a promotion as a screenwriter but, as his career takes off, Salam finds himself caught between Assi and the show’s execs. With both men now invested in the soap’s narrative arc, Salam has to concoct plot twists to suit viewers on both sides. Salam can only solve his problems with a final master stroke.

While exploring the Israeli-Palestinian conflict as a satirical comedy, the film’s irreverence and farcical humor are nevertheless heartwarming and laugh-out-loud funny.