A day of glorious sunshine shone down upon our celebration: the gift of a new Torah to Lake Chapala Jewish Congregation in Riberas del Pilar.  Beginning with a delicious light lunch at Pancho’s in Riberas, a crowd of more than a hundred noshed, mingled, listened and danced to live klezmer music.   The new Torah was presented, and many people were honored with carrying the new Torah from table to table to admire and celebrate its arrival. Among the guests were Synagogue members,  the general Lakeside Jewish community, the B’er Chayim envoy from Cumberland MD, a large group of Mexican families with children who made the five hour journey from Melaque on the Pacific Coast  who are studying Judaism in their homes preparing for their conversion, two envoys from the US Consul General Office in Guadalajara, Hector Ramos, liaison to the ex-pat community and many of our supportive non-Jewish community here at Lakeside.

The parade was led by three dancing horses and lively Klezmer music.   Four members held the floral decorated poles of the Chuppah, while one person marched underneath its Tallit shelter embracing the new Torah, many taking turns holding it. Over 100 people marched among the Carretera and cobblestone streets.

Arriving at the synagogue courtyard we gathered for dancing and singing while the Torah was placed lovingly in its new home in the Ark which had been expanded to hold the larger size of the Torah.  The service was led by our Service Leader David Rosett and Rabbi Mark Perman from Cumberland. As is the tradition on Simchat Torah, the last portion of the Torah was read by both leaders alternating the Torah portions, completing a full year of reading the Torah from the beginning of Genesis to the end of Deuteronomy.  But the service was not complete until the first portion was also read from our new Torah, “In the beginning….”. Throughout the service many people were honored with aliyot for their efforts in making the gift of the Torah possible. Jan Braverman, Board of Director Secretary and Chairperson for Simchat Torah along with Doug Schwab, President of B’er Chayim, were most greatly appreciated for their persistence in making the wonderful event happen.

After the service, the celebration continued with more dancing in the courtyard, everyone taking turns lovingly passing the Torah to each other and singing loudly to the delightful klezmer music while enjoying two delicious cakes and fruit salad.

From the very beginning, there was an overwhelming sense of joy and happiness— “great gladness”—even among those who had never participated in such a celebration before.   Close bonds were formed between our visitors from Cumberland and all of us here. Many have said they want to make return visits, and several of our group here plan to visit the Cumberland group in the future.

This year was truly an opportunity for Simchat Torah, or rejoicing in the joy of Torah, for so many of us here at Lakeside.

READ ALL ABOUT IT IN THE GUADALAJARA REPORTER! 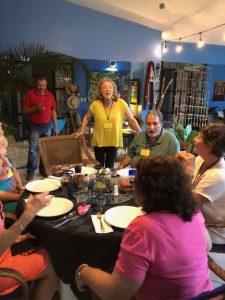 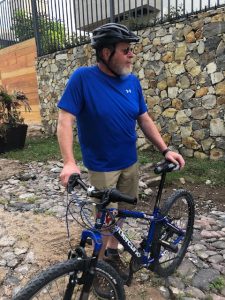 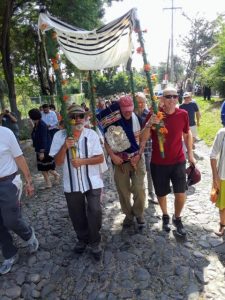 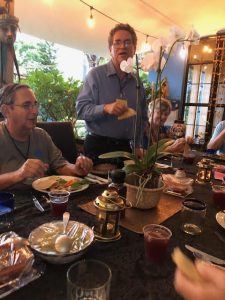 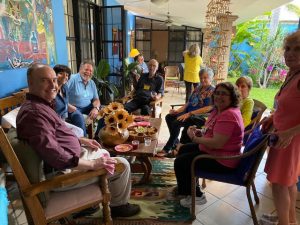 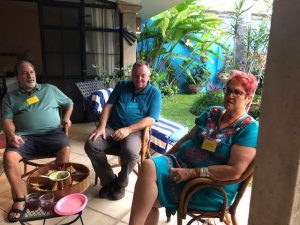 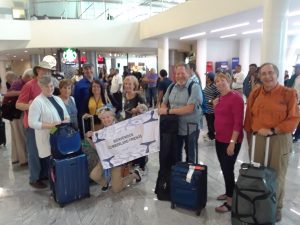 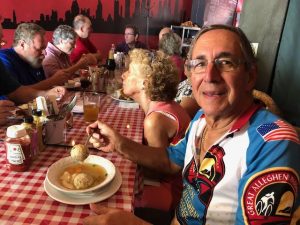 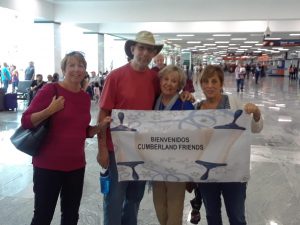 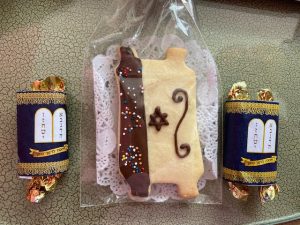 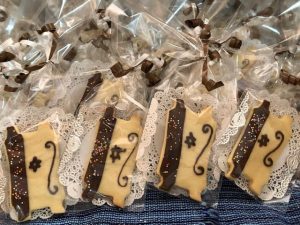 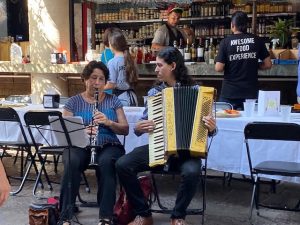 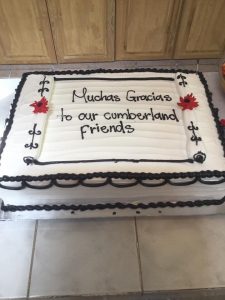 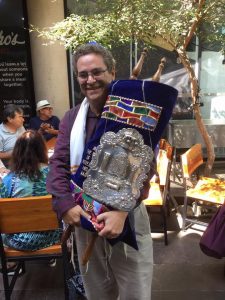 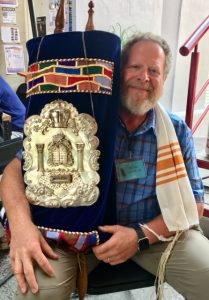 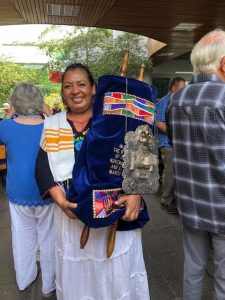 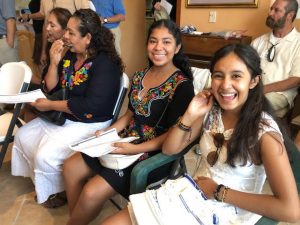 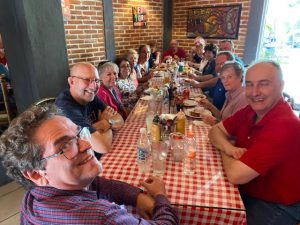 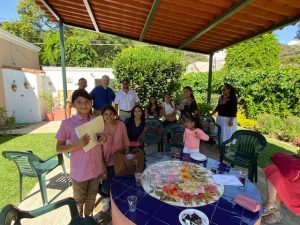 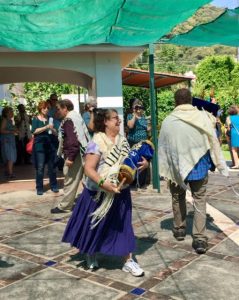 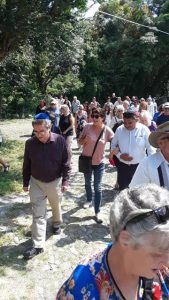 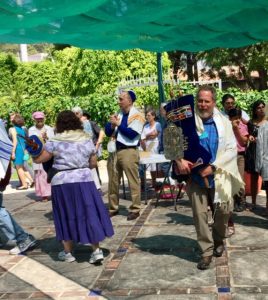 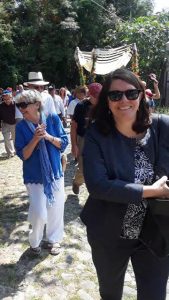 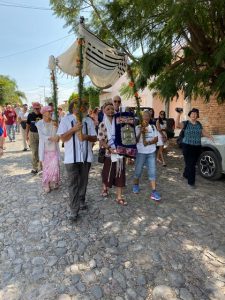 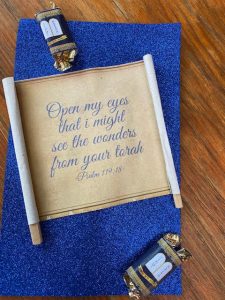 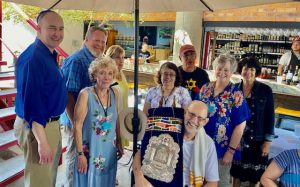